The Brazilian butt lift is increasing in popularity and is a great option for those looking to enhance a curvy appearance. Dr. Partington now offers a procedure known as a 360° BBL, which uses more advanced liposuction techniques for a balanced, proportionate, and beautiful result. The 360° BBL may be the recommended buttock augmentation procedure for patients with straighter or more asymmetrical body contours.

What is a Brazilian Butt Lift?

A Brazilian butt lift, or BBL, is a fat transfer buttock augmentation procedure. To complete a BBL, your surgeon will first remove fat from chosen areas of the body using liposuction. This fat can then be placed in the buttocks to create a rounded, lifted shape.

Liposuction is a procedure that reduces fat to contour the body by manually breaking apart fat cells with a cannula before suctioning them away. 360° Liposuction refers to a procedure in which the abdomen and back are contoured to create a slimmer, more toned midsection. The procedure serves to sculpt the entire abdomen, flanks, and lower and mid-back.

360° BBL is recommended for patients who are unsatisfied with their overall lower body contour. It is best for those who are at or near a stable and healthy weight and have good skin elasticity. It’s also important that you are generally healthy overall and a nonsmoker before you have a 360° BBL.

A 360° BBL combines the techniques of 360° liposuction and Brazilian butt lift for a more complete transformation of the body contour. The overall goal of a 360° BBL is to create a slim, toned waist and rounded, lifted buttocks with a balanced, curvy silhouette. 360° BBL is performed under general anesthesia. First, liposuction is used to remove a relatively small amount of fat from the abdomen, flanks, and back. The main goal of this step is not to reduce fat but rather to achieve the desired body contour. Next, this fat is prepared to be placed in the buttocks. Dr. Partington will strategically transfer the fat to the buttocks to create the desired volume and shape. Note that initially, more fat than is necessary for final results will be placed in the area, as not all transferred fat will successfully receive blood flow and remain in the area after healing is complete.

Although not all of the originally injected fat cells will survive, the ones that do are permanent and will shrink and grow with fluctuations in body weight.

Can fat transfer be removed?

Depending on the location, fat that is injected during fat grafting can sometimes be removed through liposuction later on.

How dangerous is liposuction?

When performed by a board-certified plastic surgeon like Dr. Partington, liposuction is a safe, minimally invasive procedure with a short recovery time.

Dr. Partington works meticulously to ensure the very small scars at both the donor site and on the buttocks will fade and become nearly invisible over time.

Yes, the results of your Brazilian butt lift will be very long-lasting, and you can see your permanent results after about a few months.

Patients can expect some swelling and soreness in the treatment areas after 360° BBL. Discomfort can be treated using either prescription or over-the-counter medication. Dr. Partington will monitor your healing through post-operative appointments and advise you when you can return to various normal activities. As you heal, it’s important to wear compression garments as recommended to relieve swelling. Drains may be in place, and if so, you will receive instructions on caring for them throughout the recovery process. You may also be asked to refrain from sitting directly on your buttocks until healing has taken place.

To learn if you are a suitable candidate for 360° BBL, schedule a consultation with Dr. Partington in Seattle. Call (425) 247-1895 or request an appointment online to get started. 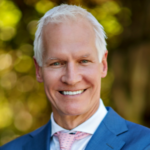